Battle Born Venture is a venture capital program, overseen by the Nevada Governor's Office of Economic Development under the auspices of the US Treasury's State Small Business Credit Initiative. Battle Born makes equity and equity-like investments in early stage, high-growth Nevadan enterprises in the aerospace and defense, agriculture, energy, healthcare, information technology, logistics and operations, manufacturing, mining, tourism, gaming and water sectors. The firm was founded in 2013 and is based in Las Vegas, Nevada. 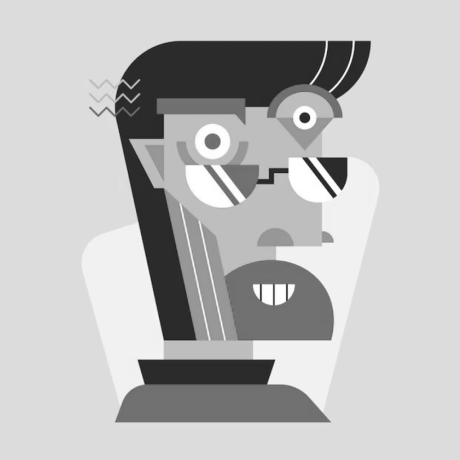 Compass Partners is a merchant banking and investment advisory firm founded in 1997. Compass focuses on investing in middle market companies and corporate restructuring. The firm has an interest in investing in global infrastructure, aerospace and defense, capital goods, industrial and consumer products, retail and business services. Compass has built a transatlantic franchise with transactions in excess of $2.7 billion, of which $1 billion represents secondary directs. Deals typically include at least three businesses and deal size ranges from $100 million to $800 million. The first Compass fund focused on European industrial assets and deployed $850 million in seven investments (comprising 15 transactions) and returned $1.6 billion to its investors.

Marc Weiser is the Board Director of BountyJobs Inc. He is also a Founder and Managing Director of RPM Ventures, a seed and early stage venture firm focused on information technology. For RPM, Marc is currently involved with the Boards of BountyJobs, Glyde, Mojo Motors, and Xtime . In addition he led the firm’s investments in Giftly and Wide Open Spaces. Previous investments include Applimation (acquired by Informatica – NASDAQ:INFA), OpenLane (acquired by Kar Holdings – NYSE: KAR), R4 Global Services (acquired by Verisign – NASDAQ:VRSN, RiverGlass (acquired by Allen Systems), and TetraVitae (acquired by Eastman Chemical – NYSE:EMN) . Prior to forming RPM, Mr. Weiser was an internet and software entrepreneur. He co-founded QuantumShift, a provider of web-based business-to-business technology and services focused on corporate telecommunications needs. He was also an early employee at MessageMedia (acquired by DoubleClick) where he pioneered some of the original methods for e-commerce and helped lead the company’s IPO. In addition to his board roles for RPM, Mr. Weiser serves on the Boards of McKinley, Inc. and the Center for Entrepreneurship at the University of Michigan, where he is an adjunct professor. Additionally, he and his wife are leading the creation of the Food Allergy Center at the University of Michigan. This Center will provide national leadership and a path to a cure for those that suffer from food allergies. He graduated cum laude from the University of Michigan with a BSE in Aerospace Engineering and a MBA with highest honors.

Michael Perone is a Co-Founder and serves as Board Member at Barracuda Networks. He is responsible for worldwide communications and marketing strategies, including corporate brand management and identity. He has more than 25 years of experience in the high-tech industry, and was a pioneer in delivering free Internet access to users worldwide. Perone co-founded and served as President and Board Member for [6]Address.com, a leading free email and Internet access service that reached more than 3.5 million users (acquired by WhitePages). He also co-founded Spinway Inc. (acquired by Kmart Corporation). Additionally, Perone co-founded Affinity Path, a private-label ISP that powered and supported thousands of ISPs throughout North America. He also has held systems engineering positions with GE Aerospace. In 2007, he was named by Ernst & Young a "Technology Entrepreneur of the Year for Northern California" award recipient and today serves on the Board of Directors of Perch, the first hands-free video communication app designed to bring families together regardless of where they are located.

David Cowan serves as Partner, Investments at Bessemer Venture Partners. He is a Member of board of directors at Impossible Aerospace. He is a Board Member at Iris Automation. He is a Board Member at CyberGRX and Bastille Networks. He is also a Board Member of Team8. His historical portfolio includes Ciena, Hotjobs, Blue Nile, LinkedIn, LifeLock, PSI-Net, Qualys and over a dozen other IPOs, as well as many large acquisitions such as Twitch, Postini, Cyota, Tripwire, Netli, Playdom, Dropcam and Skybox Imaging. His current portfolio - spanning startups founded in the U.S., Argentina, Singapore, Israel, New Zealand and Scotland - includes Getinsured, Smule, Twilio, Rocket Lab, iSight Partners, Spire Global, Endgame, Auth0, Zapier and Zoosk. During his tenure at BVP. He co-founded three cybersecurity companies incubated in our offices: VeriSign (IPO), where he served as initial Chairman and CFO; Good Technology (fka Visto, acquired by Blackberry) where he served as CEO, and Defense.net (acquired by F5). Forbes ranked him #6 on the Midas List and tied for 4th in the Midas List of Hall of Fame. He is a Trustee of the Richard Dawkins Foundation for Reason and Science. You can read his blog at WhoHasTimeForThis?, follow him on twitter (@davidcowan) or see him perform with his men's a capella singing group Voices in Harmony. He also serves as a Board Member at Claroty and an Advisor at Reef Capital Ventures. Cowan earned an A.B. in math and computer science and an MBA degree, both from Harvard University

The Carlyle Group is a private equity firm and business development company that originates, structures and acts as lead equity and debt investor in leveraged buyouts, management-led buyouts, strategic minority equity investments, equity private placements, consolidations, buildups and growth capital financing. The company focuses on a wide range of sectors which includes aerospace and defense, automotive and transportation, consumer and retail, energy and power, healthcare, industrial, technology and business services, and telecommunications and media. It was founded in 1987 and is based in Washington, District of Columbia with additional offices across North America, South America, Middle East, Europe, Asia and Africa.