Wolpert is a Co-Founder and serves as the Chief Executive Officer at Hello Tech. He also serves as an Advisor at Jukin Media. Wolpert is also a Venture Advisor at Wonder Ventures. He also serves as Venture Advisor at Zuma Ventures. Wolpert is a Co-Founder and serves as the Chief Executive Officer at Big Monday. He serves as a Venture Partner at Amplify.LA. He also serves as Venture Advisor at Accel. He has been a pioneer in the fields of consumer digital media and entertainment for several years. He is the Founder of Chance Technologies, a technology development and investment portfolio focused on technologically driven entertainment ventures including GameSpy, GameFly, Smilebox, LookOut, Mob.ly, AdECN, Universal Audio, Zetta Systems, Digital Map Products, Intent.com and AudioMill. He served as President of Disney Online from 1996-98, where he was responsible for the business and creative strategy for the company. During his tenure, he oversaw all aspects of Disney Online's internet initiatives, including the Web's most popular family website, Disney.com, as well as the development and successful operation of The Disney Store Online, Disney's prosperous e-commerce business, and Disney's Daily Blast. From 1984-94, he founded and developed several thriving technology companies, including After Hours Software, Bit Jugglers, and Mind Over Technology, among others. Many of these companies have since successfully merged with, or were acquired by, industry giants such as Adobe Systems, Compaq/HP and RealNetworks. Richard began his career at Apple Computer in 1984, where he was involved in the early development of the Macintosh. He has taught classes at both Stanford and UCLA, and he is a Board Member for the Los Angeles Chapter of the Crohn's & Colitis Foundation of America, where he is the Founder of CCFA's camps. He also serves on the board of the UCLA School of Theater Film and Television and on the Board of Governors for Cedars Sinai Medical Center. Richard earned his degree in Math and Computer Science at the University of California, Los Angeles. He also serves as Venture Partner at Amplify.LA. Wolpert is also an Angel Investor.

Sara Holoubek is the CEO and founder of Luminary Labs, a consultancy focused on operationalizing innovation. Her firm develops strategies and innovation systems for Fortune 500 and government leaders seeking to transform their organizations and industries. Holoubek is also an active adviser and investor. She currently serves on the Pioneer Advisory Group for the Robert Wood Johnson Pioneer Fund, and founded Luminary Labs Ventures, which invests in early stage companies. She currently chairs the New York Board of Directors of the Step Up Women’s Network. In 2011, she was the recipient of the Pepsico WIN award for her contributions to the tech community. Holoubek has been widely quoted in publications such as Fast Company, The Washington Post and WSJ.com. She has been recognized as a female founder to watch in Mashable, and her company has been profiled in business books, The Big Enough Company and Stiletto Network. She also serves as a frequent guest lecturer on the subjects of technology and innovation. Prior to founding Luminary Labs, Holoubek served as the Chief Strategy Officer of iCrossing and President of SEMPO, the global trade organization for the search marketing industry. Holoubek brings an international perspective to her work, having lived and worked in Latin America and Europe; she is fluent in Spanish and French, and conversant in Portuguese. She holds a B.A. from the University of Iowa and an M.B.A. from HEC in France. She resides in New York City with her husband, bass-baritone Claudio Mascarenhas.

Joe Caruso is the Owner of Batnam Group. For the last 20 years Joe has served as mentor, coach, and personal advisor to CEO's and entrepreneurs. In recent years, he has served as investor, advisor and active director with dozens of companies, public and private. Joe is currently a member of Launchpad Venture Group and was previously a member of Walnut Ventures, Common Angels, eCoast Angels and a principal of Brookwood Partners, all investment groups for early stage companies. He also maintains an active consulting practice dealing with structuring and negotiation of acquisitions, strategic partnerships and financings, and issues related to dispute resolution. He has served on dozens of boards over the years and is recipient of the Leadership in Private Corporate Governance award from the National Association of Corporate Directors New England Chapter. He is a graduate of Northeastern University (BSEE with honors) and the Harvard Business School (MBA) He has served as advisor to Northeastern's School of Technological Entrepreneurship, and serves as a mentor for Boston University's entrepreneurship program, the Boston TechStars program, and Mass Challenge. Previously, Joe served as interim CEO for companies in need of strategic change - running businesses ranging from 5 to 1,000 employees. Early in his career, he worked at Teradyne and Autex, Inc., and was CEO at Cyborg Corporation, a venture-funded company that was a pioneer in the use of PC's in laboratory and factory automation. He also has served as an arbitrator for the American Arbitration Association. Former board memberships include: ACT Medical, Acumenta, Adhesive Technologies, American Fantasy Sports, Audiofile, Boston Restaurant Associates, Boston University's Photonics Center (advisory director), Coffee Connection, Colonial Mills, Common Angels, Corion, Cyborg Corporation, General Analysis, Haymarket Bank, Iconics, i2Chem, Laser Science, Metrisa, MicroE, Nimbit, Qiave Technologies, QD Vision, Quant Funds (trustee); Tytronics, Wwwhoosh, Zentox, the Turnaround Management Association (founding director, New England Chapter), the National Association of Corporate Directors (New England Chapter), the Association for Corporate Growth (New England Chapter) and WEST (Women Entrepreneurs in Science and Technology). Joe has also served as an arbitrator for the American Arbitration Association. 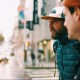 Toni is a partner at True Ventures. From 2006-2014, he was CEO of True portfolio company Automattic, where he helped WordPress.com become a top 10 global internet destination with close to a billion monthly visitors. His career in technology began during his software engineering days at Crystal River Engineering where he built 3D audio simulators for NASA. Later, he was the vice president of technology at Aureal Semiconductor (acquired by Creative Labs). He originally joined the startup ecosystem when he co-founded Uplister, a venture-backed music recommendation startup. However, it was his CEO role at Oddpost that impacted his career path most significantly. Yahoo acquired Oddpost in 2004, forming the basis of Yahoo Mail, which was then used by more than 250 million people around the world. When Toni joined Yahoo’s executive ranks, he created the Yahoo Developer Network. After joining True and while still leading the team at Automattic, he started blog search engine Sphere (acquired by AOL) with now fellow True partner Tony Conrad. Voted Startup CEO of the Year at the Crunchies, Toni’s leadership style is commended by many of those who have worked for and with him. When he’s not running a company or advising another, you can find him in his VW van exploring the U.S. with his family, coaching San Francisco Little League baseball, or tinkering with old cars.

Warren Osborn serves as Managing Director at Osborn Companies. Warren Osborn is a serial entrepreneur who has founded numerous companies. His businesses have designed, produced and sold hundreds of millions of units and penetrated nearly all American households and spanned globally. One of Warren's recent companies, Braven, created a nearly indestructible waterproof speaker allowing speakers to go anywhere you go and became the leading outdoor portable speaker brand. He created the patented ability to charge your smartphone from a portable speaker. Braven also brought true high-fidelity wireless stereo audio to the Bluetooth speaker market. In 2013, Braven was the fastest growing speaker company in the world. When the company was sold in August of 2013 it was awarded Best M&A Transaction in the USA. Another of Warren's recent companies, Luvaire, created the highest-end essential oil diffusers in the market and coupled home decor into its diffusers. Seastone, another of Warren's companies, created the Blu-ray disc package, which established the worldwide standard for high-definition movie packaging. Billions of his patented Blu-ray disc packages have been sold worldwide. Seastone also pioneered the Gift Card packaging industry and became the world leader in that market. Warren and his companies have received numerous awards including the 2nd fastest growing company in Utah, the 11th fastest growing consumer products company in the United States (Inc. 500), Entrepreneur of the Year Award Finalist, and Businessman of the Year Award. He received a B.A. in Chinese from Brigham Young University and an MBA from Duke, Fuqua School of Business.